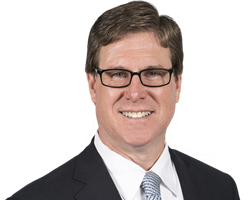 Our mission is to help clients make realistic, specific, and informed financial choices.

Hello, my name is Chris. Since you’re looking for a competent financial planner, however, and these websites are supposed to impress you, let me put it like this: I have been in the financial services business since 1993, helping individuals, pre-retirees, retirees and small business owners find the right answers to their financial planning questions.  I'm a Certified Financial Planner Practitioner, an Accredited Estate Planner, a Chartered Mutual Fund Counselor, and am Certified in Long-term Care.

You know what, though? A lot of people have letters after their name. What they don’t necessarily have, however, is understanding, empathy, sensitivity, and a sense of humor. That’s the difference between a good financial planner, and a great financial life planner.

As I mentioned in that last section, I’ve been in the financial services arena since 1993. Prior to that I was involved in advertising, sales, and since age four I’ve been playing drums (and man, are my arms tired…). It’s fascinating how all those seemingly unrelated pursuits coalesced into a unique foundation, giving me insights into a myriad of financial planning issues. For example, musicians aren’t known for making a lot of money--after playing professionally for a number of years, not only was I broke, but I was $20,000 in debt (and back in 1984 that was a lot of money!) So I know what it means to experience financial stress. I realized in what a dangerous position I had placed myself, so with the help of the financially-savvy pastor of the church I was attending I set up a payment regime. Within two years I was debt-free. So I also know what it means to overcome severe financial obstacles. Since that time my wife and I have worked hard and achieved a successful life for ourselves and our two sons. So I know the challenges of deciding the best places to invest and grow wealth.

After beginning my career with Prudential Financial, I accepted the position of Regional Director for Money Concepts Capital Corp. Money Concepts has afforded me the opportunity to continue growing my practice, and in so doing, helping others to grow, too.

(By the way, those last two are so I can reassure people when they think their investments haven’t got a prayer…!)

This is the section of the website where I’m supposed to impress you with all my career achievements, so here goes: I have been a qualifying member of the Million Dollar Round Table every year since 1996 with two Court of the Table honors. I have received considerable industry recognition; achieving Prudential Gold Level Financial Planner status, Presidents Hall of Honor, Prudential Masters Council, the Financial Planning Vanguard Award, several Presidents Citations, Associate of the Year, Investment Leader, Financial Planner of the year, the Distinguished Sales and Marketing Award, and Great American’s “Advantage Plus” award, among others. I have spoken to many industry and public groups over the years, written articles and been interviewed by Kiplinger’s Finance Magazine, Dow Jones Newswire and others.

While a member of the Tacoma #8 Rotary Club, one of the largest in the Country, I was awarded “Rotarian of the Year.”

Perhaps my most significant achievement, though (outside of marrying my wife Vicki and raising my two sons) is that in 2003 I founded a Guinness Word Record-breaking charity event I called "Woodstick." Gathering the largest number of drummers simultaneously playing drum sets, it’s become an annual event spanning two continents and raising tens of thousands of dollars for charities in the United States and Canada.

I hold the following licenses:

I’ve been married to my wife, Vicki, since 1987. We have two fantastic sons, David and Donald and a marginally-fantastic miniature dachshund, Sebastian. I enjoy music (including playing drums in Jazz and Rock bands as well at the church we attend), motorcycles, woodworking, classic sports cars, high-end audio equipment, tennis and radio-controlled boats.

“A helpful book that makes sense of the confusing world of finance written in humorous, easy-to-understand language”

Important Investing Information: Not all investments and services mentioned are available in all states. Money Concepts registered representatives are restricted to conduct business only with residents of a state and/or jurisdiction for which they are properly registered. When investing from outside of the United States, you are subject to the securities and tax regulations governing your jurisdiction. Contact us directly for detailed information about investment regulations outside of the United States. Registered Representatives State License Disclosure

Christopher Kimball is an independent contractor of Money Concepts